Zah Azmi was just 25 when he bought his first investment property with a $70,000 deposit he saved up working in sports supplement stores, night clubs and gyms, where he worked up to 90 hours a week. He could have bought something earlier but he wanted to wait till he had a decent deposit for a higher valued property, while his peers were investing in cheaper investment grade stock. “I figured that if I played in a bigger space, which seemed bigger at the time, I would get a better return”, he says. That philosophy stays true till this day as he is about to embark on developing a 40 unit apartment block with two business partners in Newcastle.

From that first property – $340,000 house on the NSW Central Coast – the now 33 year old has built up a portfolio of eight properties which include residential, commercial and development sites. 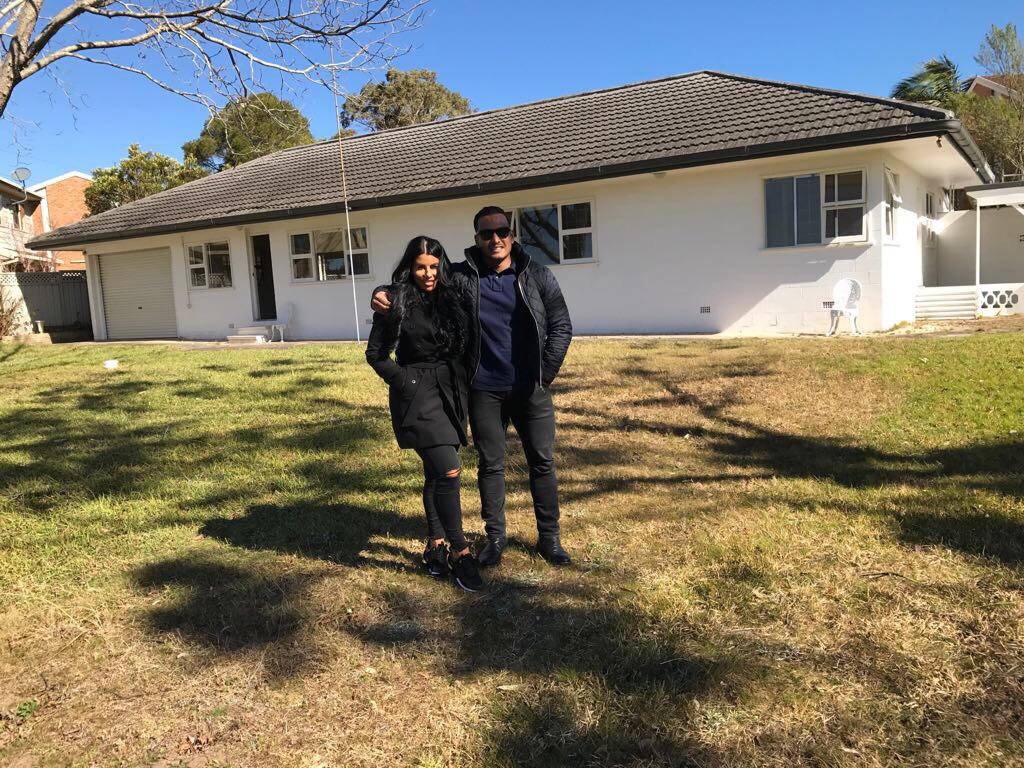 Zah Azmi (pictured with wife, Jade) outside his first property purchase on the Central Coast.

Mr Azmi, who grew up on the Central Coast, moved to Sydney at the age of 21. “I made the move to Sydney to seek employment as I was fired from nearly every job I had on the Central Coast. I worked at nearly every restaurant and bar in the area and got fired from pretty much all of them. I was very strong minded and refused to play the game of politics with others who had the employee mindset. I was entrepreneurial very young and it worked against me at times.”

“I always knew I was going to end up in property. I’ve always had a passion for it. When I was saving for my first deposit, I would hang out at newsagents and bookshops reading property magazines and books. To save money, I would read everything at the stores instead of buying anything. I would spend hours researching and analysing how other successful property tycoons made their millions.

After submitting multiple applications with banks in 2008 post GFC, he found it hard to get a loan approved. This didn’t stop Mr Azmi from finding a solution, as he engaged a mortgage broker, a family friend, to help plead his case with the banks. Eventually he was approved and went on to purchase a four bedroom Central Coast house, which has today almost tripled in value, allowing him to leverage himself into more properties and other business ventures.

“I was lucky I grew up in an area that was up and coming. Usually we are told not to invest where we grew up, but it just so happened that the Central Coast benefited from the ripple effect from the Sydney boom,” he said. “I still wouldn’t live in any of my properties, as I love living in Sydney and the income they produce is too good to give up. I focus on properties on the Central Coast and Newcastle regions which range in affordable price points of between $400-600k.” 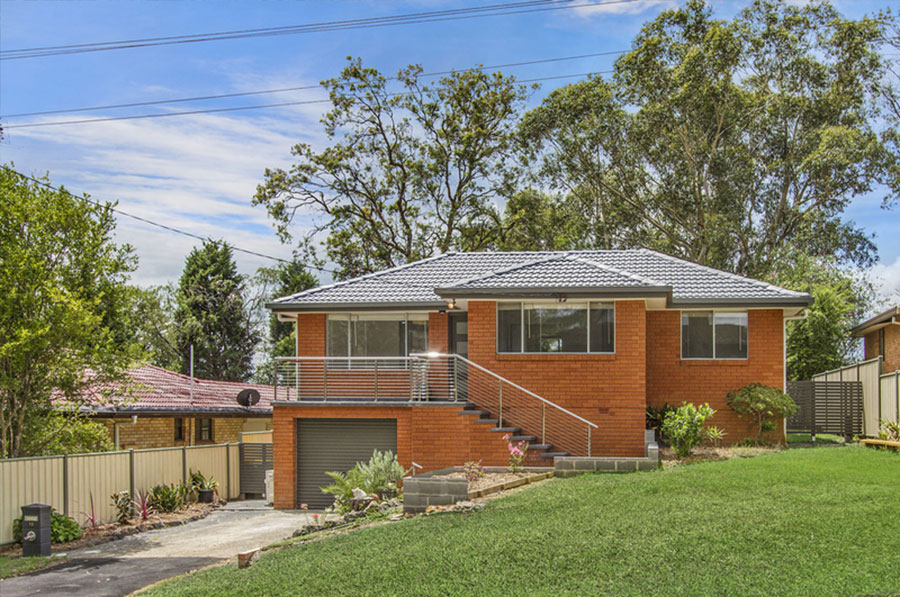 Zah Azmi owns property on the Central Coast and in Newcastle which range from $400-600K.

Mr Azmi admits half of his portfolio is through the help of joint venture partners, however he says he would rather take part in something large scale than to own and run smaller projects on his own. He says, “Building a team of people who are on the same path as you is key. It is important to realise that you cannot do everything on your own.”

He believes there is a lack of motivation among the millennial generation to invest in property. Because the median house price in Sydney has reached an all-time high of $1.2 million, many view home ownership as out of reach and near impossible.

“You’ve got to educate yourself on other property markets that are in more affordable areas. Pay for the advice if you have to, just start the planning process. Focus on solutions, rather than dwelling on our housing affordability issues,” he said. 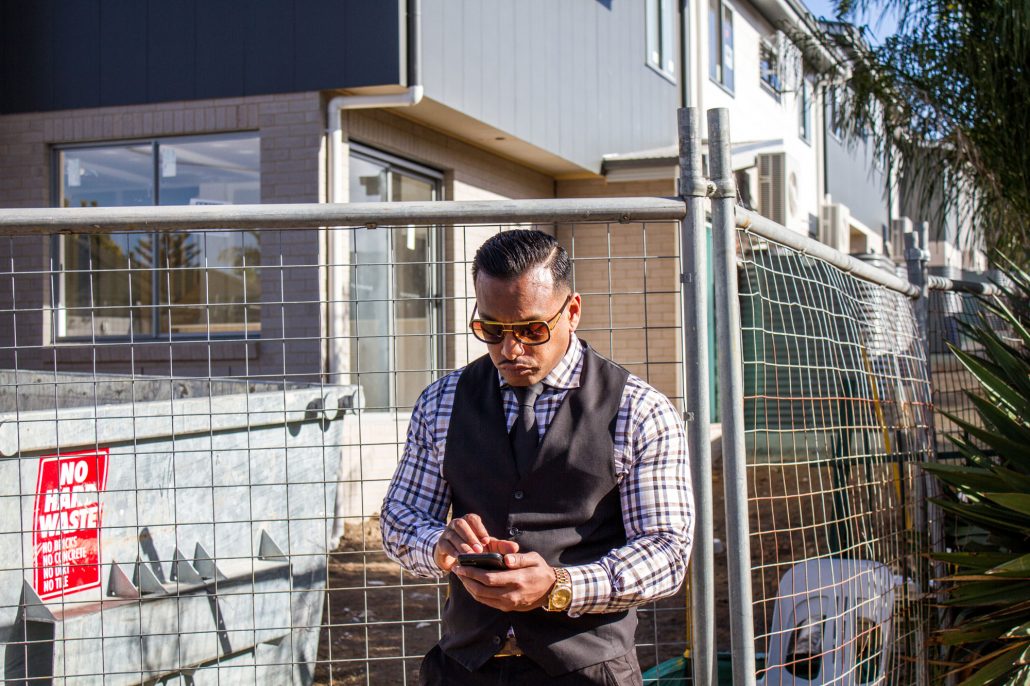 He states that the older generation also had their hurdles and roadblocks when buying property. “In the past wages were lower, interest rates were higher and information was not as accessible,” he said. “Buying property will always be a struggle, and it’s just the cards we have been dealt in today’s marketplace.”

Even though Mr Azmi has worked hard and faced many adversities along his property investing journey, many have showed negativity and disapproval to his accumulation of wealth. “We live in a country with the greatest population of tall poppy syndrome. Many are jealous or disgruntled as they cannot get into the market themselves. They criticise and judge my every move, trying to tear me down whenever and wherever they can to make themselves feel better. I do this for myself and others who want to take positivity and motivation away from hearing my story. I want to help as many people as possible grow their own futures,” Mr Azmi said.

He also states that he has turned ordinary working class Australians into property entrepreneurs, teaching those involved that property investing is a business rather than a “set and forget” strategy. “Making money from day one as well as enjoying year on year growth is our goal. We are in the business of making money as quickly as possible through a smart property investing formula.,” he says. 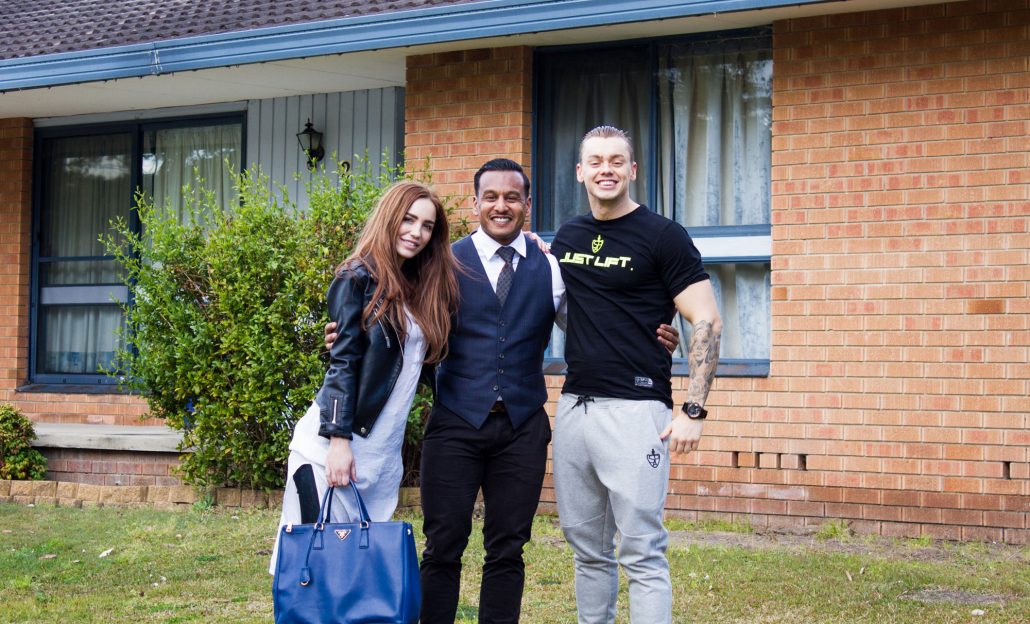 Mr Azmi said that it is absolutely critical that the correct asset is selected. “We are reaching a point of a possible correction in the market, therefore we need to ensure that our investment can weather any storm lying ahead. If you have bought the wrong property in the last couple of years then you may be in for a rough ride. Buying the right asset from the beginning will help safe-guard you from any market turbulence potentially looming.”

He said that he always keeps sufficient buffers in place to ensure extra funding is available if needed. “It’s about having a plan in place for all types of scenarios to help minimise your risk,” he says. “Landlord insurance is also a must to ensure any potential long vacancy periods are covered.”

He currently runs his own property development and investment firm that helps others grow wealth through property entrepreneurship. He also has shares in many other businesses in various industries that provide him with great networking power to spread his message across many channels. He has come a long way since his working days on the Central Coast. Now Mr. Azmi does the hiring and firing! 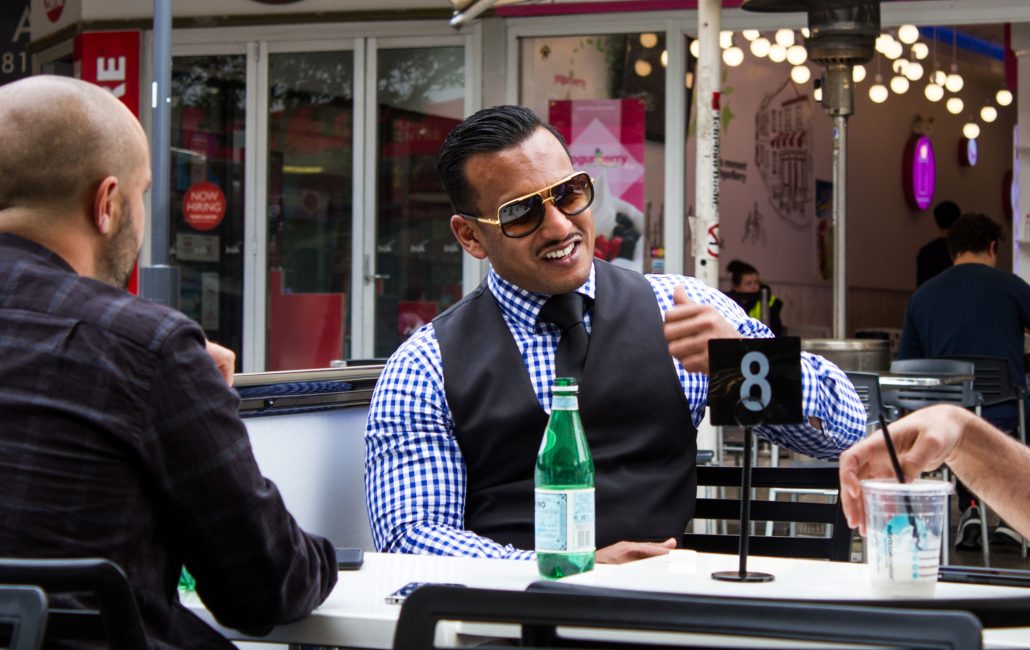 Zah Azmi says surrounding yourself with like-minded people will help drive you harder to achieve your goals.